I must have been about 10 years old when one winter night I noticed a display of lights in the sky unlike anything I had seen before – the aurora borealis. This was in Denmark where aurora may be seen only a few times per year, so if you don’t know when, and weather considered, it takes a stroke of luck. After a couple of similar displays the following nights I wouldn’t see it again for many years. But though the lights faded away, the feeling of wonder never did.

At some point during my undergraduate years in Copenhagen I gained free internet access. I started monitoring solar activity in order to know when to look for aurora. The interest grew to the point that one day I decided to study space physics. There was no graduate program for this in Copenhagen, so another day not too long after I decided to move to Alaska where I would be able to both study the science behind the aurora and see it regularly. If only decisions were always that easy. 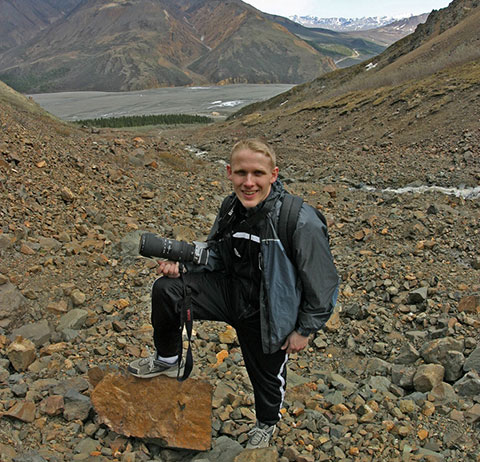 I arrived in Alaska in August 2001. In spite of high expectations, the aurora did not disappoint. My studies kept me occupied the first couple of years, and it wasn’t until 2004 I bought a good camera to start capturing the aurora. The software bundled with the camera allowed for timelapse photography, and thus a serious (and expensive) hobby took off.

Timelapses of the aurora looked poor to begin with, but as camera technology evolved steadily, so did the opportunities for shooting footage of higher quality. The results and a continued potential for improvement kept me excited. I was on bike, but much of the potential lay in seeking better locations, so in 2006 I finally got a driver’s license and a car. Since then I spent countless nights on my own in remote locations shooting aurora footage. The pristine Alaskan environment grew on me in a way I hadn’t imagined and became a key element to my work, with or without the aurora.

The next step was to add another dimension to the footage through music. It was like creating a video diary, bringing back the serenity those scenes originally brought to my mind. With just the right music and footage it made for an intense and powerful experience, and through a limited audience of friends it became clear that this was an effective way to share the feeling of wonder with others.

Between these extracurricular activities and general procrastination, my studies dragged out. In 2013 I finally completed my Ph.D. and returned to Denmark. Here I continued to work with my footage to finish a product that could be shared with the public. The result is “Beneath the Aurora”, and Astralis Productions was established to deal with the inevitable bureaucracy of selling it. 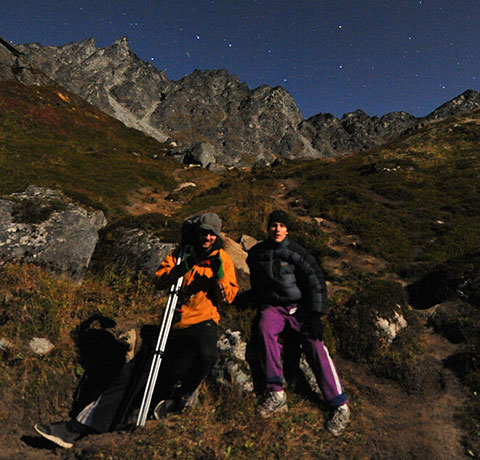 Poul along with Tristan Cobine near Reed Lakes.

As such, Astralis Productions is not a production company, but rather a byproduct of a hobbyist endeavor. That said; time, funds and circumstances permitting I would like to work on similar productions in the future. There’s potential for making something worthwhile, for myself as well as for others.

Part of the project is also Tristan Cobine who has been an invaluable help in finishing up production and preparing for the release of “Beneath the Aurora”. He will continue to be involved with distribution and as a contact person. You may find him answering some email inquiries and replying to feedback/questions on this site and on social media.