Subscribe below to get email notifications about new blog entries.

What is the altitude of aurora?

Most aurora occurs between 90-150km (55-100 miles). Some aurora can penetrate down to 80km/50mi while tall rays can be visible up to around 500km/300mi. In the extreme, a few observations suggest visible aurora down to 70km/45mi and up to over 1000km/600mi, but if correct such observations are very rare. The figure below shows the distribution of 12,330 aurora observations, the height having been calculated using photos from two or more locations in Norway during 1911-1945 [Størmer 1946]. 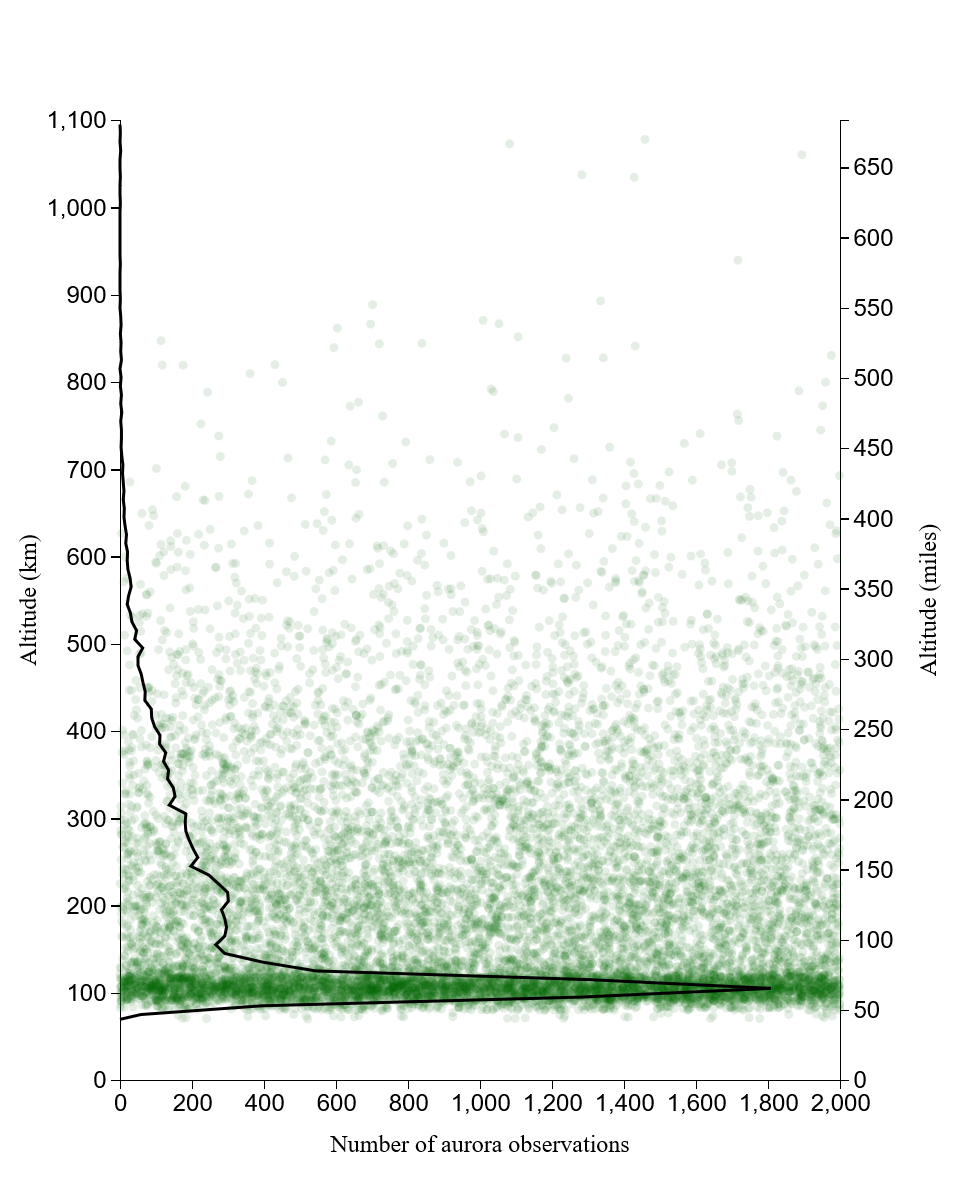 Aurora distribution with altitude. The graph shows the number of observations while the green dots make a visual representation, each dot corresponding to one observation (12,330 total).